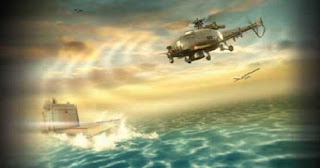 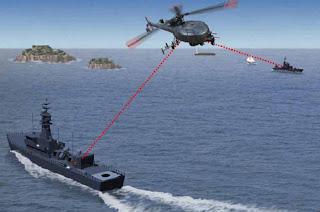 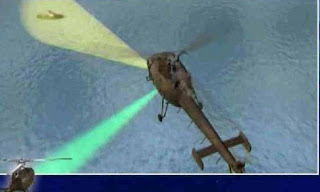 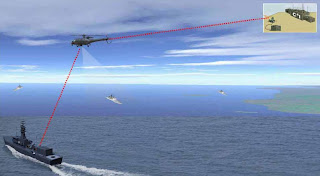 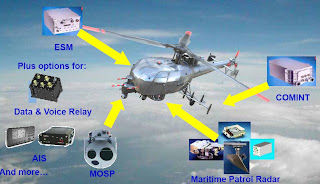 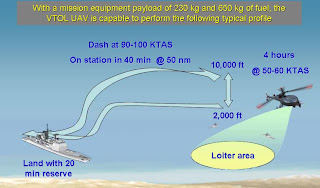 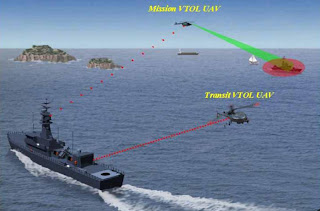 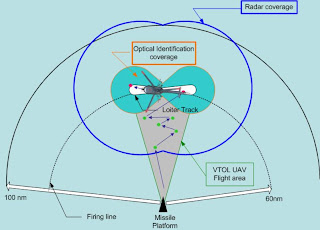 A contract between Israel Aerospace Industries Malat (IAI Malat) and HAL is currently pending final approval for the business terms and number of Chetak helicopter platforms are to be supplied in the first phase for conversion into Naval Rotary-wing UAVs (NRUAV), a platform that will make its first flight in September 2009. The Indian Navy will be the primary customer, though the product, to be given a name soon, is already being hawked aggressively to other countries -- obviously the benefits for both HAL and IAI are huge.

The above slides and the ensuing information are from a presentation made recently by IAI Malat at the Shephard's UV 2008 conference in London, a presentation that has also been made previously to the Indian Navy and Coast Guard, providing the first comprehensive look at the Chetak UAV.

The automatic identification system (AIS) provides ship data including: identification, position, course, and speed, with other nearby with ships and Vessel Traffic Services (VTS) stations.