Statement On Apache For IAF In Indian Parliament, Future Attack Copters For Army 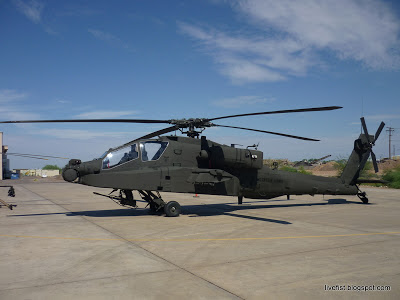 Indian Air Force (IAF) is procuring Chinook Ch-47F heavy-lift helicopters and AH-64D Block-III Apache helicopters from Boeing Company of USA. In the two separate proposals initiated by Indian Air Force (IAF) for procurement of 15 Heavy Lift Helicopters and 22 Attack Helicopters, M/s Boeing of United States of America (USA) with Chinook CH-47F(I) and 'Apache' AH-64D respectively, has emerged as the L1 Vendor. The Acceptance of Necessity (AoN) cost for 15 Heavy Lift Helicopters and 22 Attack Helicopters is Rs.2468.41 Crores and Rs.3094.98 Crores respectively. However, final cost of the Contracts would depend upon outcome of the Contract negotiation with the L1 Vendor.

Government has decided to let the Army to have its own heavy duty attack helicopter. The decision to vest the future inductions of attack helicopters with the Army has been taken keeping in view the operational requirements in the field.

The Minister also made the following statement in response to a question on media reports of faulty Chinese-built spares in US aircraft for India:

While Government is aware of certain media reports regarding possible usage of Chinese counterfeit electronic parts in military aircraft manufactured in the US, no P8I aircraft has so far been delivered to India. Moreover, during the last four years of operation of the US defence equipment including C-130J transport aircraft, IAF have not encountered any faulty spare parts and equipment. It has been confirmed from M/s. Boeing, the vendor of P-8I, that no counterfeit parts have been installed on the aircraft to be supplied to India. Besides this, the Indian Air Force (IAF) have acquired a list of supplier from the US Government with respect to aircraft procured from the USA and none of the suppliers are found to be Chinese manufacturers.