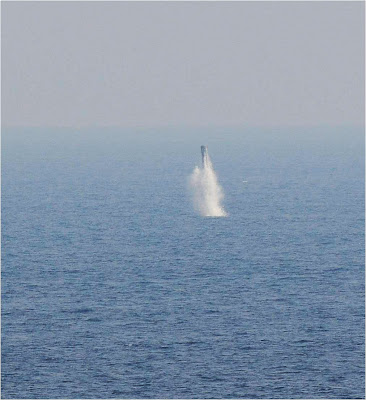 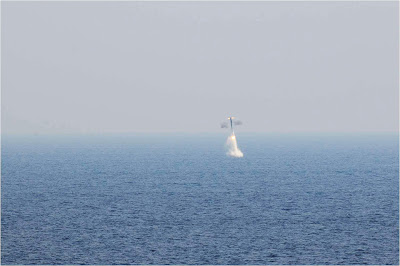 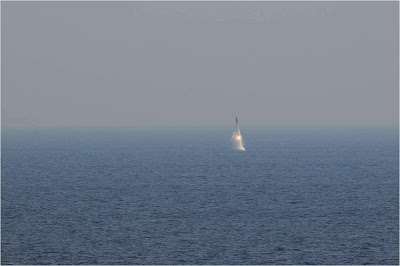 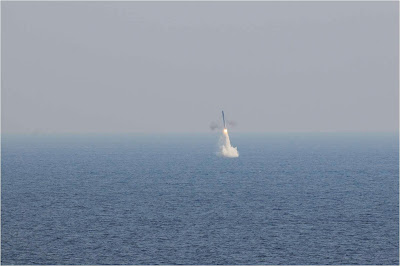 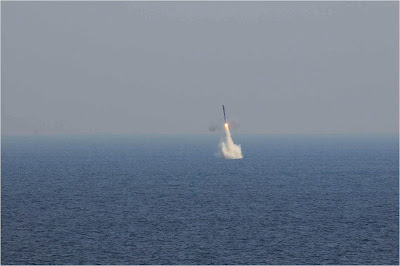 Big day! The sub-surface launched BrahMos supersonic cruise missile was testfired today for the first time. Here's the official statement from the team:

VISAKHAPATNAM: The submarine-launched version of BRAHMOS supersonic cruise missile was successfully test-fired at 1410 hrs on Wednesday(20th March 2013) from a submerged platform in Bay of Bengal off the coast of Visakhapatnam.

Creating history, the missile took off vertically from the submerged platform for its full range of 290 kms. Following a pre-defined trajectory, the missile emerged from underwater, took a turn towards the designated target meeting all mission objectives. All the telemetry and tracking stations, including Indian naval ships positioned throughout the flight path, confirmed the pin-point accuracy of the mission.

This is the first time that any supersonic cruise missile is launched vertically from a submerged platform. BRAHMOS vertically installed in a modular launcher in the pressure hall of the submarine will increase the ‘offensive power’ of the vessel without compromising on its ‘defensive power’ as the torpedo tubes can be fully utilised for defence. This new variant of the supersonic cruise missile will add more fire power to the Navy’s underwater weapon delivery capabilities.

When contacted by Journalists, Dr. Pillai, CEO & MD BrahMos said that “BRAHMOS missile is fully ready for fitment in P75 (I) of Indian Navy in vertical launch configuration which will make the platform one of the most powerful weapon platform in the World.”